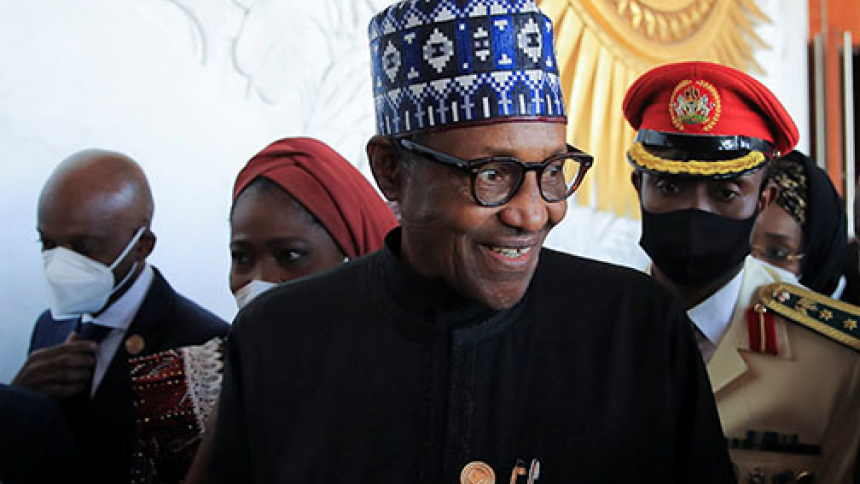 "Peace cannot reign in our region if it does not first reign in our communities and countries. Which is why I think that the theme of this summit is especially apt," the president said in a message read by Vice President Yemi Osinbajo.

The president's message was delivered May 3 at the opening of the Re of Episcopal Conferences of West Africa, meeting on the theme "Fratelli Tutti: Path to Build Brotherhood and Sustainable Peace in West Africa."

Buhari said the basis of the encyclical -- "the idea that fraternity and social friendship are the ways to build a better, more just and peaceful world with the commitment of all people and institutions" -- was especially needed in today's times. He said people of faith should look upon diversity as a gift, not as a cause of conflict.

"By offering concrete prescriptions on building brotherhood and sustainable peace anywhere, the encyclical 'Fratelli Tutti' rightly takes the position that this is not merely the business of governments and political institutions; it must also be anchored on our civil societies, of which the faith communities are an important constituency."

According to the president, over the years, the church has modeled profound approaches in challenging the impunity of some state actors and errant power. He urged the bishops to remember that today's times also called on them to speak to the growing numbers of violent nonstate actors, with mindless violence often leading to the destruction of lives and property.

"Today, our region is passing through a season of considerable political, economic and social turmoil. Terrorism and violent banditry afflict many of our nations, and especially in the Sahel," he said, adding that since the COVID-19 pandemic, economies had weakened, while unemployment had escalated and poverty deepened.

"Since 2017, there have been 12 military coups in Africa, and half of them have occurred since 2020," he said. Historically, in times like this, people retreat into ethnic and religious groups.

"Those that do not speak our language or subscribe to our faith come under great suspicion, and they soon become scapegoats for all our challenges. And ethnic, religious and separatist conflicts are rife," he said.

People also must change their attitudes to "place the individual person, with his dignity and rights, over and above other considerations."