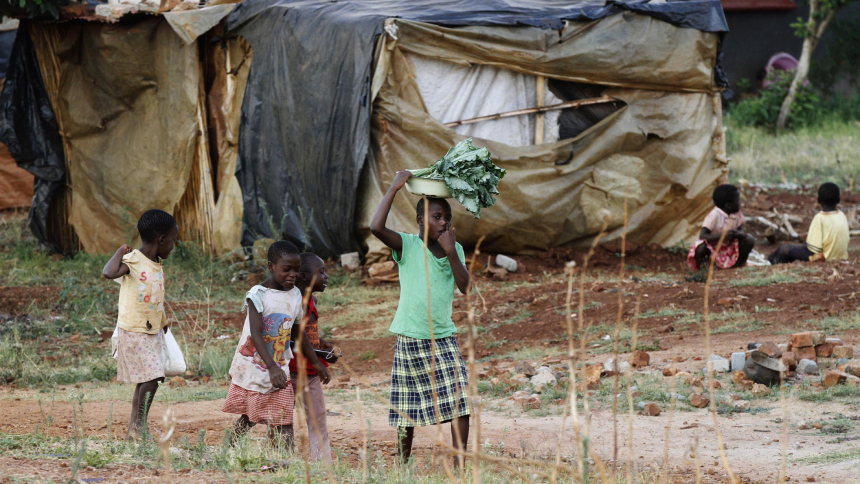 NAIROBI, Kenya (CNS) -- A humanitarian official who works in Southern Africa said churches must offer a unified regional response to the problems crippling development in the region.

Mwila Mulumbi, the Zambian country representative of CAFOD, spoke to the assembly of the Interregional Meeting of Bishops of Southern Africa, IMBISA, in the Namibian capital, Windhoek, in late September.

"All these challenges have underscored for CAFOD that state-centric or country-specific approaches alone do not suffice and that there is a need for cohesive regional responses by the church," said Mulumbi. CAFOD is the official development organization of the Bishops' Conference of England and Wales and is part of the Caritas Internationalis network.

She said CAFOD has been supporting the popularization of Pope Francis' encyclical "Laudato Si'."

"Therefore … we have decided as part of our new strategic framework called Our Common Home ... to be a bit bolder and take risks when it is right to do so," she said.

The bishops from southern Africa also heard presentations from the U.S. bishops' Catholic Relief Services, also part of the Caritas network, and Aid to the Church in Need, a pontifical agency.

Dorrett Byrd, CRS regional director for southern Africa, told the meeting that the organization was working with the young people in line with its strategic goal to ensure that "all youth are empowered to thrive."

Byrd said youth unemployment in southern Africa is at 25%, with the East and Southern Africa regions home to more than 60% of adolescents living with HIV.

"This is within a context of climate change, land degradation, chronic food insecurity, malnutrition and issues of water and sanitation," she told the meeting. "In this environment, we work with youth and support them as they empower themselves."

CRS' climate change work in the region includes engaging communities to protect natural resources and reforestation. It is also working with dioceses to protect adolescents against gender-based violence, in income generation programs and financial literacy.

Working with several dioceses, she said, CRS is turning young people into facilitators of dialogue and youth ambassadors in their communities. The ambassadors "facilitate community dialogue to build understanding, trust, reduce risk of miscommunication, and open a space for peaceful resolution of issues."

Ulrich Kny of Aid to the Church in Need told the bishops that more than 30% of the organization's project budget went to local churches in Africa.

"Our task is to help the church primarily in places where Christians suffer from war, oppression, persecution and violence. This is the case in several countries in Africa," said Kny. "At the same time, Africa is the continent with the highest growth in the number of faithful."

He highlighted among others issues political and economic instability, corruption, ethnic tensions, violence and wars, as consequences that make it difficult for the church to proclaim the Gospel in the midst of suffering and misery.