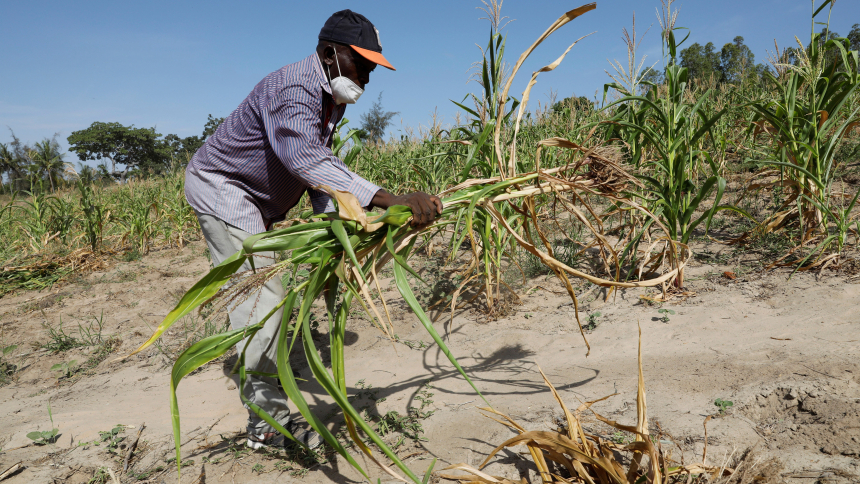 NAIROBI, Kenya (CNS) -- Eastern Africa Catholic bishops set aside a week to discuss the consequences of ecological damage in the region as it becomes evident that climate change is exacting a crushing toll on the development of people in both rural and urban parishes.

Meeting in Dar es Salaam, Tanzania, July 10-18 under the shadow of some of the worst recorded ecological disasters in the region, the bishops from the Association of Member Episcopal Conferences in Eastern Africa are examining ways to help communities that are struggling to adapt to the effects of a changing climate.

Church leaders also acknowledge that disruptions caused by the coronavirus pandemic and the war in Ukraine have further hurt the region.

Bishop Charles Kasonde of Solwezi, Zambia, AMECEA's chairman, said July 11 that the plenary meeting will also review how the church in the region has implemented Pope Francis' encyclical on care of the earth, "Laudato Si', on Care for Our Common Home" in response to the climate crisis.

"This self-evaluation must guide our deliberations as we look to the future," Bishop Kasonde told the 270 delegates. "The importance of living the Laudato Si' message is ascertained by the fact that the encyclical letter has caused great excitement in the region, not only among Catholics but also among people affiliated to other churches and faiths and our respective governments."

The bishop said that people are excited as they come to understand how the encyclical can relate to daily life.

"Our experiences of the effects of climate change, such as extreme seasons of droughts, cyclones, raising of water levels, and floods, to mention but a few, are making everyone wonder why these things are happening," Bishop Kasonde said.

Tanzanian President Samia Suluhu Hassan addressed the gathering July 12, saying that peace in any country was key to environmental protection. She urged the region's leaders, including Catholics, to address ways to maintain peace in local communities.

"The war against environmental degradation is for all (people) since a damaged environment means a catastrophe for humanity," Hassan said.

"We cannot combat environmental degradation unless we attend to causes related to human and social degradation," he said, warning that some solutions to environmental challenges failed because they were far removed from the day-to-day activities of poor and marginalized communities.

"I hope AMECEA will not fall into green talk, green rhetoric, or fraternal talk without forming a pastoral friendship with the poor and with creation," Cardinal Tagle said.

Ahead of the conference, the Catholic Youth Network for Environmental Sustainability in Africa called on the bishops to instill a spirit of care for creation among church members and to actively participate in the implementation of the pope's encyclical.

The network suggested that the bishops adopt the use of renewable energy in church buildings, utilize green building technologies and abolish single-use plastic to slow climate change.

"Africa being the continent with the majority of young people in the whole world, provides an excellent opportunity for the church to tap into," said Allen Ottaro, the network's executive director. "We urge the bishops to continue empowering the youth."