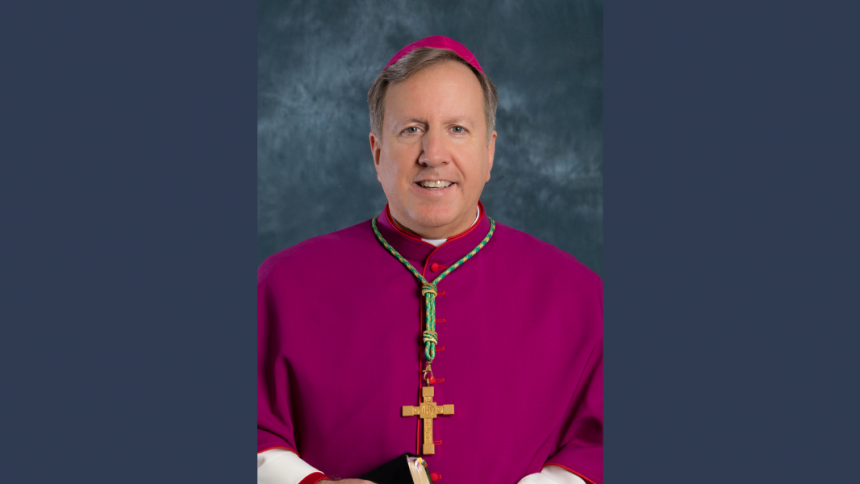 Following December 25, we are blessed with several memorable feasts and celebrations that extend our Christmas season.  Epiphany was traditionally celebrated on January 6, but now the feast day is moved to a Sunday and the liturgical celebration date varies year by year. With the Solemnity of the Baptism of the Lord on January 10, we conclude the Christmas season. This marks one more occasion for me to wish you a Merry Christmas.

In our own lives, we should think of moments of epiphany – in which Jesus appeared to us in various ways.  At each celebration of the Mass, for example, we have an epiphany – Our Lord appears. What looks like bread and wine in fact becomes the Body and Blood of Jesus.

It is good to reflect upon how the Lord has appeared to you. Thank him for those moments and ask Him to reveal himself more deeply to you. When we appreciate the presence of Jesus, He then inspires us to share His love with others.

As Christmas comes to a conclusion, it’s not too late to reflect one more time on the appearance of Jesus in the manger. I would encourage you to take one more moment in front of a nativity set. As you do so, I offer these words from Pope Francis on the meaning and importance of the nativity scene from his apostolic letter issued last year. Here are a few excerpts below (ellipses omitted) which focus on the origin of this tradition with St. Francis of Assisi and the connection to the Eucharist to this day:

[L]et us go back to the origins of the Christmas crèche so familiar to us. We need to imagine ourselves in the little Italian town of Greccio. Saint Francis stopped there. Francis had earlier visited the Holy Land, and the caves in Greccio reminded him of the countryside of Bethlehem.

Francis asked a local man named John to help him realize his desire “to bring to life the memory of that babe born in Bethlehem, to see as much as possible with my own bodily eyes the discomfort of his infant needs, how he lay in a manger, and how, with an ox and an ass standing by, he was laid upon a bed of hay”. At this, his faithful friend went immediately to prepare all that the Saint had asked. On 25 December, friars came to Greccio from various parts, together with people from the farmsteads in the area, who brought flowers and torches to light up that holy night. When Francis arrived, he found a manger full of hay, an ox and a donkey. All those present experienced a new and indescribable joy in the presence of the Christmas scene.

The priest then solemnly celebrated the Eucharist over the manger, showing the bond between the Incarnation of the Son of God and the Eucharist. At Greccio there were no statues; the nativity scene was enacted and experienced by all who were present.

[T]he first biographer of Saint Francis, notes that this simple and moving scene was accompanied by the gift of a marvelous vision: one of those present saw the Baby Jesus himself lying in the manger. From the nativity scene of that Christmas in 1223, “everyone went home with joy”.

With the simplicity of that sign, Saint Francis carried out a great work of evangelization. His teaching touched the hearts of Christians and continues today to offer a simple yet authentic means of portraying the beauty of our faith. It touches our hearts and makes us enter into salvation history as contemporaries of an event that is living and real.