A Bit of May During August: Honoring the Blessed Mother 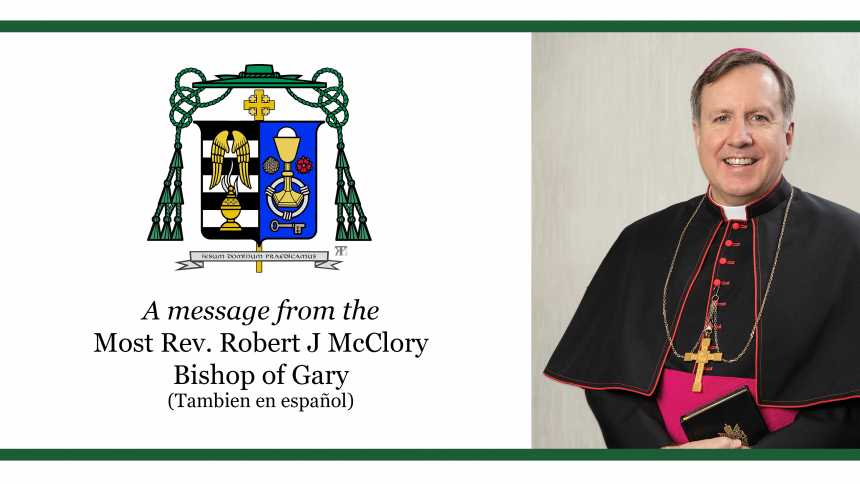 May is the Month of Mary when we honor her throughout the month and conclude with the Feast of the Visitation of the Blessed Virgin Mary on May 31. Here in the Diocese of Gary, the middle of August bursts forth with more honoring of Mary as she draws us closer to her son Jesus. This year, from Aug. 13 through Aug. 22, we have four major celebrations dedicated to the Mother of Our Lord.

Every year on the second Saturday of August, we are blessed with a major pilgrimage that stops at the Carmelite Monastery in Munster for an evening outdoor Mass dedicated to Our Lady of Mount Carmel. This year, an estimated 4,000 pilgrims processed from Chicago or arrived at the site for the Mass. The following day, the pilgrimage continued for another outdoor Mass at the Shrine of Our Lady of Czestochowa at the Salvatorian Monastery in Merrillville. It is estimated that the number of pilgrims doubled by that time, totaling approximately 8,000. As we pray for a Eucharistic revival in our country, I call attention to the living witness these Polish pilgrims give of their love for our Lady and Her Son in the Holy Eucharist.

In the Gospel of John, when Jesus performs the miracle at the wedding feast of Cana – he does so after Mary presents to him the needs of this young couple. Then she turns to the attendants and says, “Do whatever he tells you.” (John 2:1-12) Mary works this way for us today.  She joins us in presenting our needs to Jesus and then she turns and asks us to follow him.

The Catechism of the Catholic Church (964) reminds us:

Mary's role in the Church is inseparable from her union with Christ and flows directly from it. "This union of the mother with the Son in the work of salvation is made manifest from the time of Christ's virginal conception up to his death”; it is made manifest above all at the hour of his Passion:

Thus, the Blessed Virgin advanced in her pilgrimage of faith, and faithfully persevered in her union with her Son unto the cross. There she stood, in keeping with the divine plan, enduring with her only begotten Son the intensity of his suffering, joining herself with his sacrifice in her mother's heart, and lovingly consenting to the immolation of this victim, born of her: to be given, by the same Christ Jesus dying on the cross, as a mother to his disciple, with these words: "Woman, behold your son."

965 After her Son's Ascension, Mary "aided the beginnings of the Church by her prayers."  In her association with the apostles and several women, "we also see Mary by her prayers imploring the gift of the Spirit, who had already overshadowed her in the Annunciation."

During World War II, one of the most revered figures in Great Britain was the Queen Mother, who was revered for her care of those who suffered. She was not the ruling monarch but was the mother of the king and honored with the title Queen Mother. While not exactly analogous, we can also turn with gratitude to our Heavenly Queen to honor her and to bring her into our homes as did the beloved disciple John. As we honor her, she draws us ever closer to her Son. Come Lord Jesus!